Yamanaka is really a part of Takezawa but down a valley and hidden away on the other side of the main road.

It can be easily accessed from Mushigame by way of a back road, which cuts out the need of having to drive through Katsuraya and Takezawa.

This farm is run by Hideo Hoshino although he was not present on my first visit. As one drives up to the farm, the main dwelling house is directly ahead of you. This is a very large, ancient wooden building and the Koi facility is on the right, next to the house.

‘Neat and Tidy’ cannot really be used here as adjectives and I had to climb over assorted pipelines, plastic crates and metal buckets in order to see the Koi before climbing up and walking on assorted shaky planks which were surrounding the ponds.

On that first visit the Koi also did not tempt me as they were mostly run-of-the-mill examples of Koi of which far superior examples could be found at other outlets. Thankfully, no-one came out of the house to attend to me and so I did not have to make any excuses for leaving.

Around 1992 Hideo started producing good Shiro Utsuri and changed his name from Oya Koi farm by attaching the name of the village with the previous name. Today his farm is known as ‘Yamanakaoya’.

My first impressions were – ‘an open target for UK health and safety inspectors’. 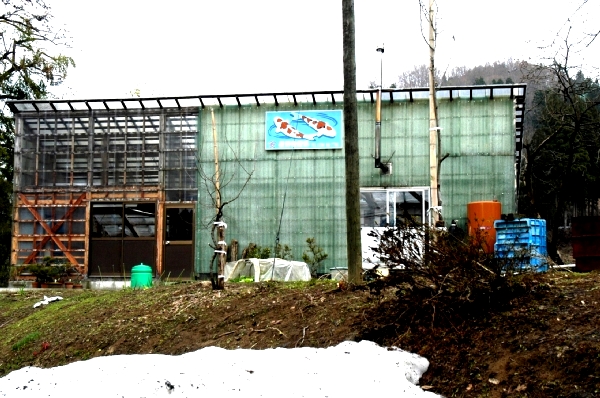