Please be sure to check out Part One, Part Two, Part Three, Part Four, Part Five of Yamakoshi Autumn 2011.

I have forgotten to mention that the people who joined the party are all owners and users of my Eric filter systems although I hasten to add this was not a requirement by any means.

One of these people was Susan Campbell who lives in Montpellier, which is in the south of France and enjoys a warm climate all year round.

Koi of any quality are difficult to find in France and Japanese-bred Koi are even rarer.

Susan wished to buy a Koi as a reminder of her first visit and I suggested tosai may be the best way to go about it in view of the climate and the growth potential there.

Buying tosai is always a gamble as one never really knows if they are males or females and body-shape is downright impossible to give any clues at this size.

Susan is starting out in the hobby so costly tategoi should be considered after some experience has been gained.

Add to this that freight charges are costly and the best way to maximise on the value of her purchases would be to send as many tateshita that the box would safely accommodate.

In view of this we decided upon an 80cms box that would contain 30 Go-Sanke tosai averaging around 23cms in order to get the best value for Susan’s money.

We’d seen some nice tosai at the new facility of NND and bearing in mind Fujio can also ship Koi, it seemed logical to buy the Koi there. 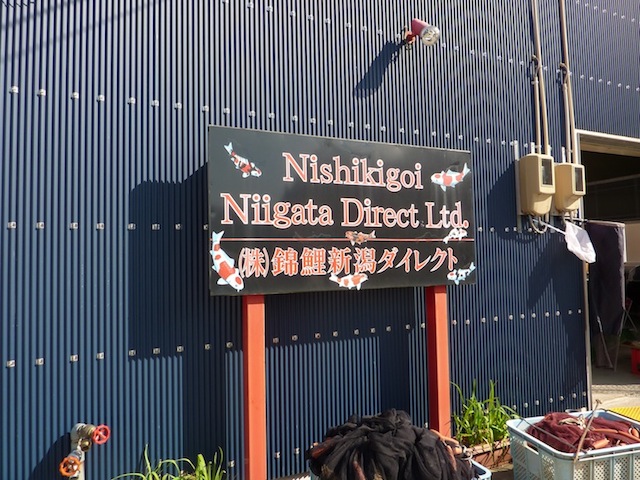 Of course there were also some lovely tosai tategoi there in a separate pond – only five months old and already 26cms. I spotted two that were easily worth 150,000yen each but decided not to ask the prices. Here’s Marco also gazing in that pond. 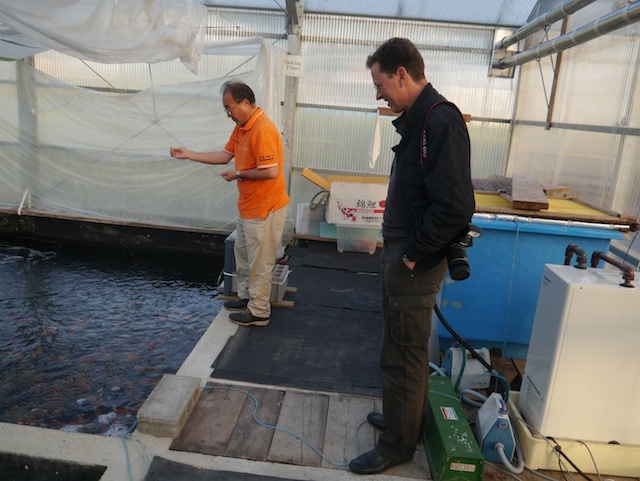 Fujio mentioned he had the best selection of Showa there but suggested we select 10 Showa and then drive to Marusyo where Makoto had a better selection of Kohaku and Sanke.

This was the pond where the 10 Showa would be selected from. 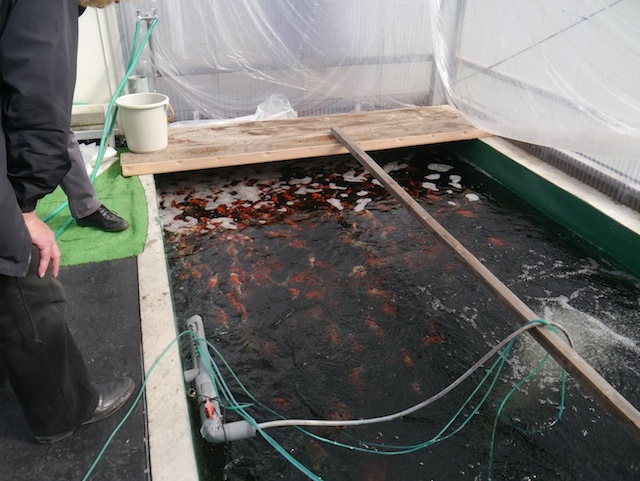 ‘How much will these cost Fujio’? said I.

‘Who is selecting Peter san’? says he.

‘Susan san will select with a little help from me’ says I.

The usual banter…..and so it started with Susan looking on. 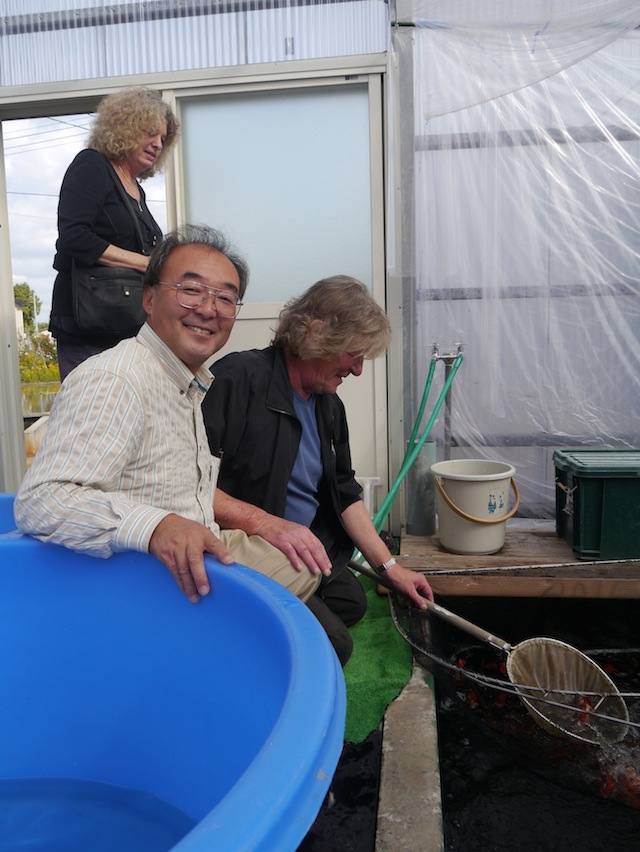 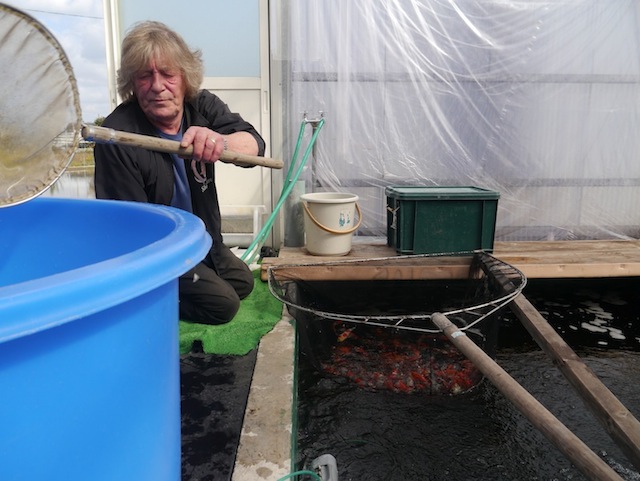 ‘But that is an expensive one Peter san’ 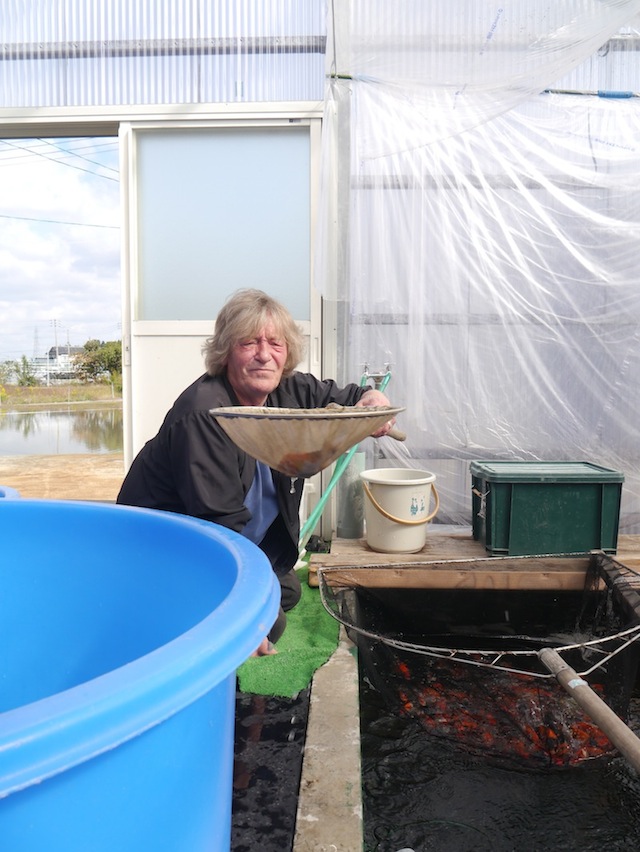 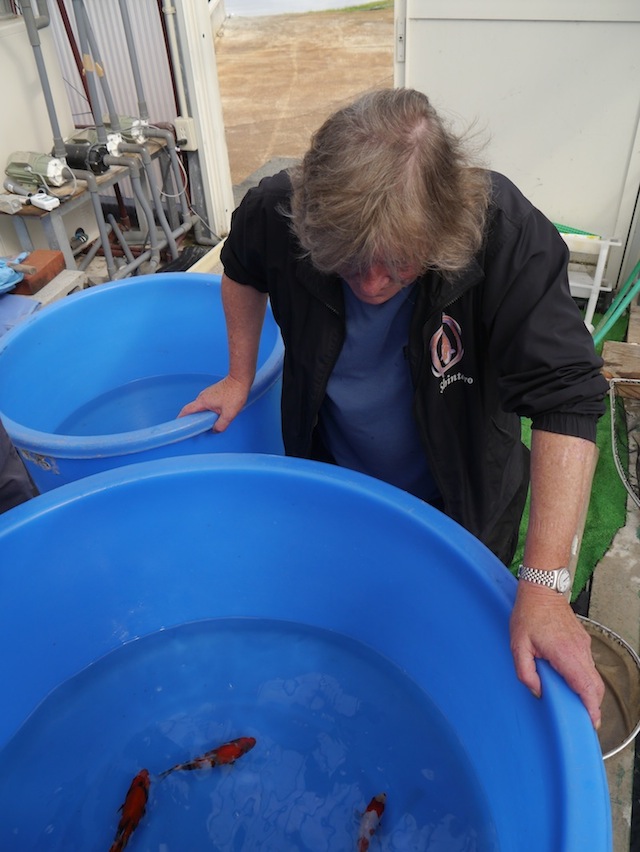 ‘Yes, these are fine Fujio, how much are they’?

‘Do you wish to put that one back and select another Peter san’? 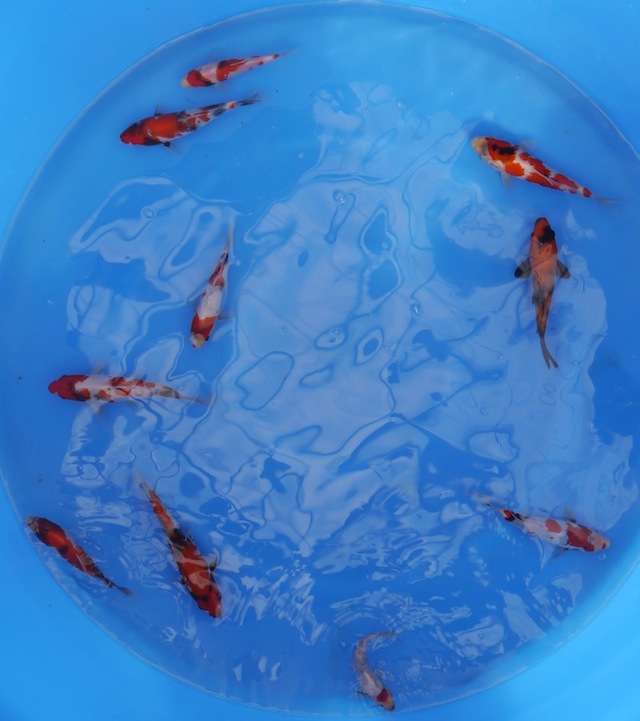 I will decide a price on the way to Marusyo Peter san’. 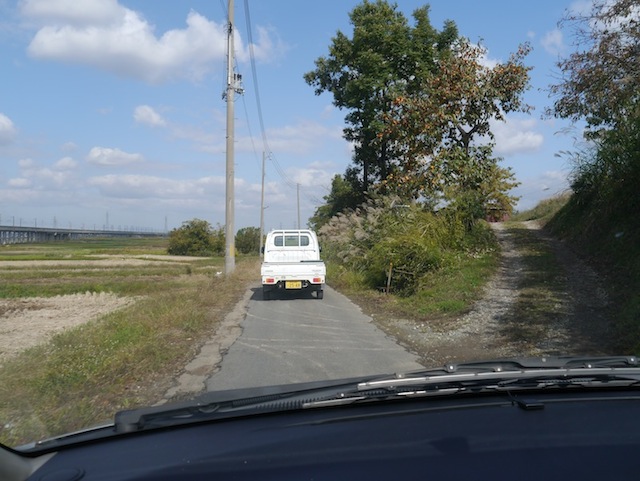 The Kohaku and Sanke at Marusyo were around 26cms, larger than the Showa. 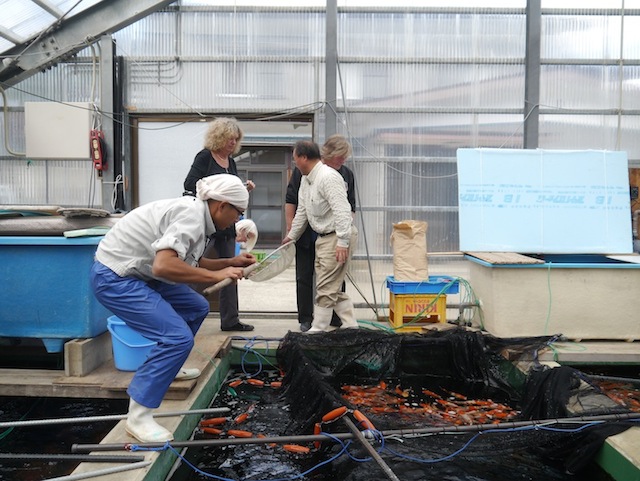 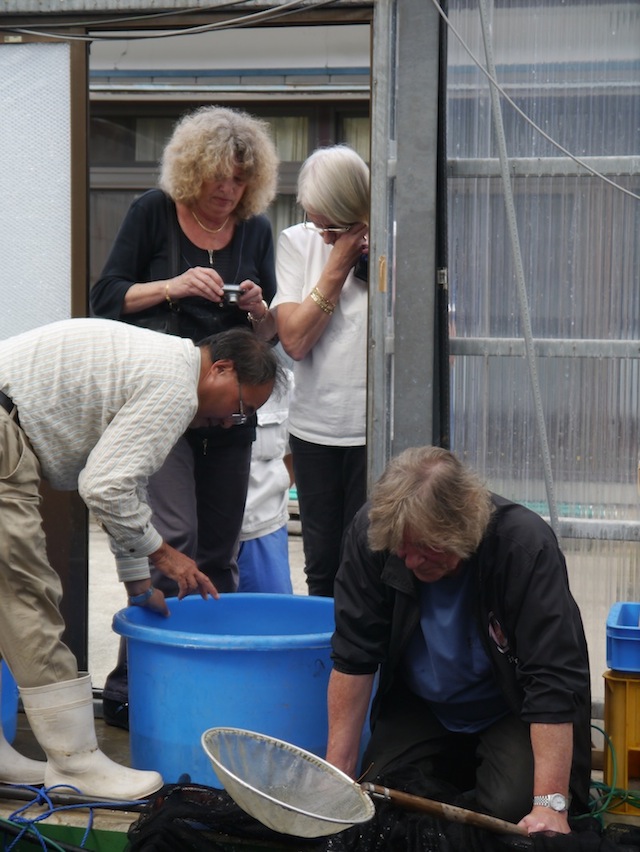 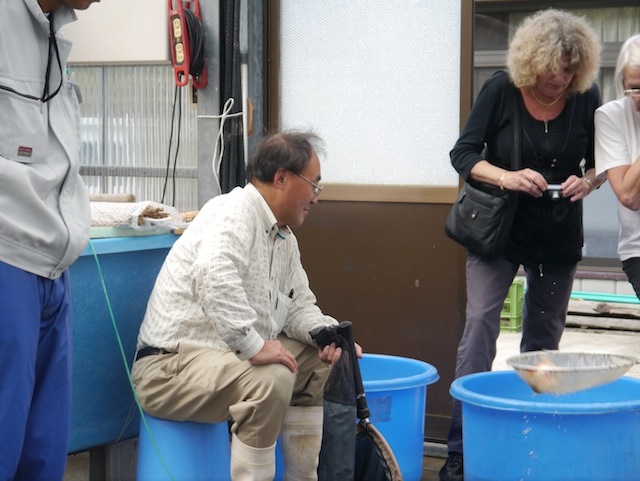 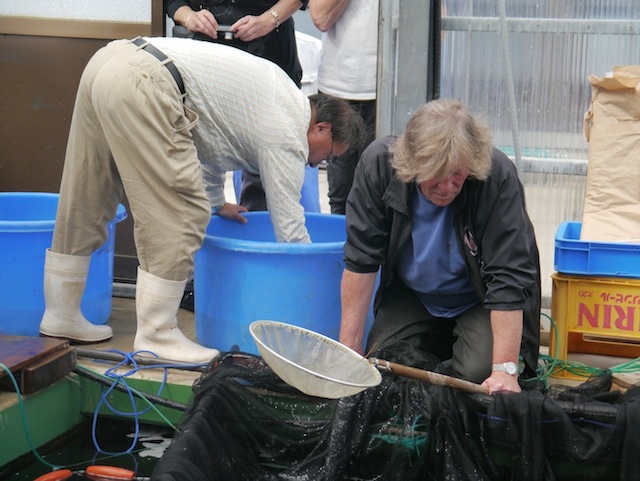 Job done, time to see what we have….dunno where the doitsu Kohaku came from? But they look OK. 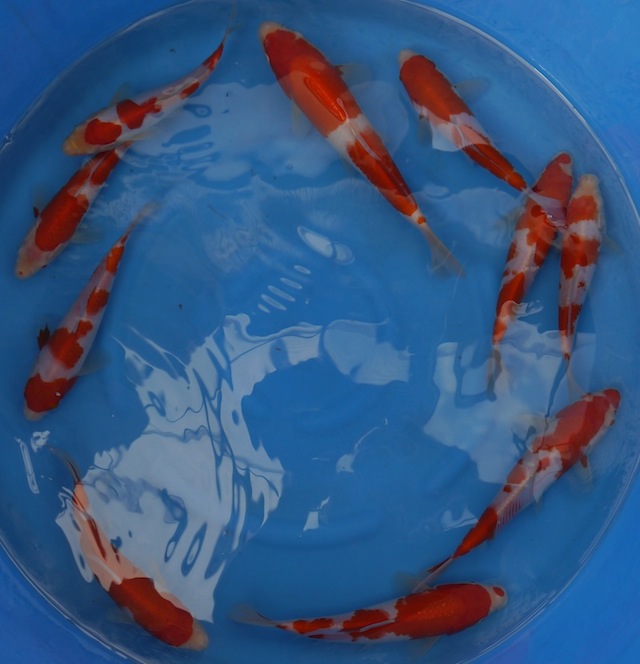 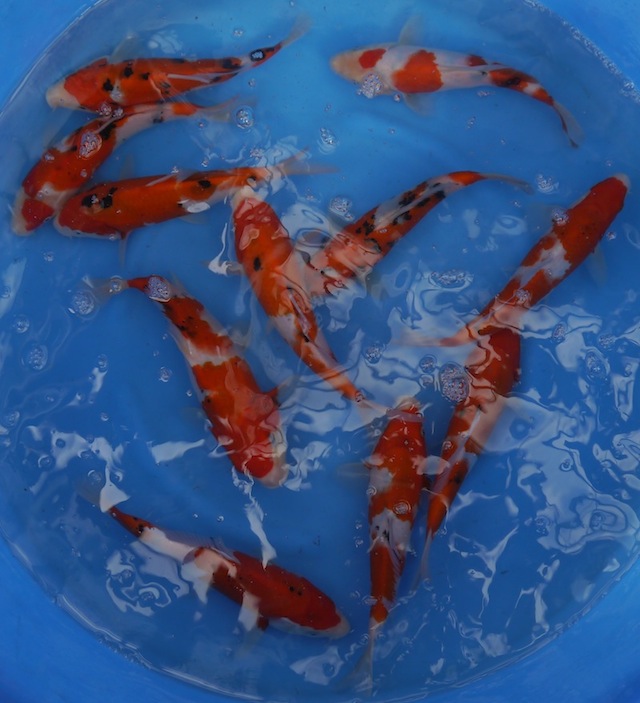 Everywhere we went from then it was…… 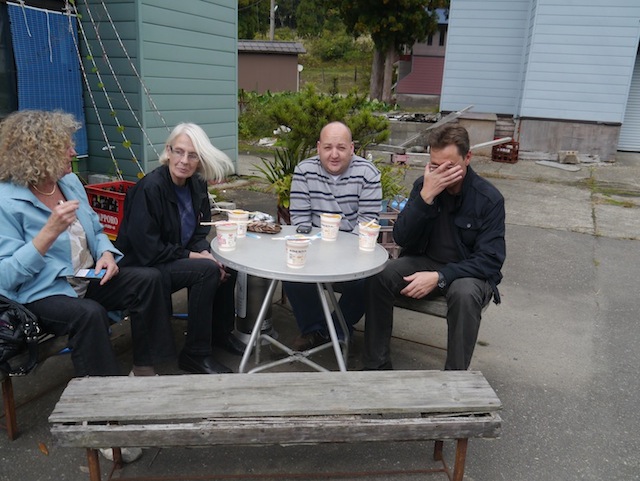 ‘Do you all know that I have bought thirty tosai’?

(Andy & Marco had heard it all before!)