The interview was recorded and the others in the party listened in. 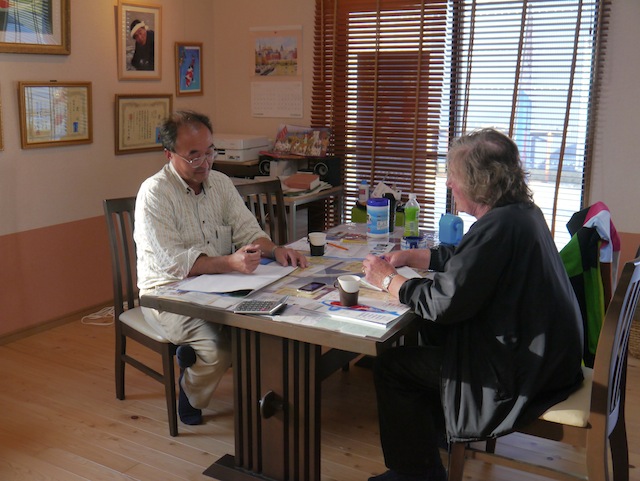 It was a significant investment to build the new facility at NND and one of the main reasons for this was to be able to get more indoor water space after having rented many more mud ponds from Yoshinori in Yomogihira.

This takes the total of mud ponds at NND to a massive 170 and all these have to be managed!

He explained that his real goal is to produce Koi in Yamakoshi that can become larger than the norm and also be able to achieve this quicker than the norm.

There were many Go Sanke tosai at the farm; some were 26cms long and still only five months old. He reckons by adding heat to the indoor ponds in the winter and feeding them correctly, they can be around 42cms before they are placed out in the mud ponds next June.

If this dream is achieved he sees no reason why he cannot harvest some 60cms nisai in October 2012.

60cms and only 17 months old – is this really possible?

Makoto has already produced several Sadazo/SFF Sanke at 58cms and they are only 17 months old. 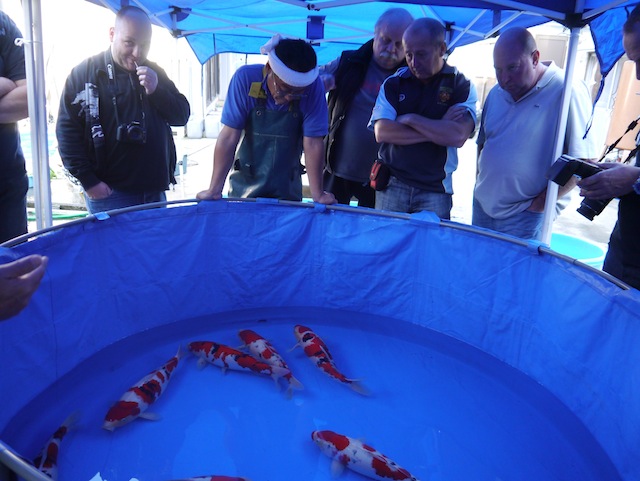 And then he pulled out his large hand-drawn plan to show us the real aim of it all, which is to produce some 80cms Koi in 36 months from birth! 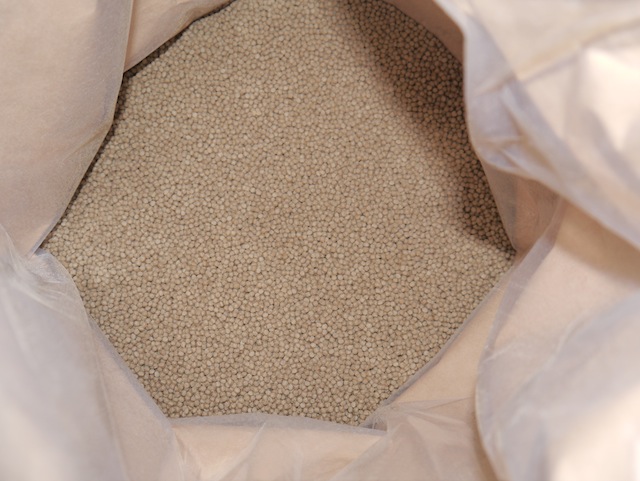 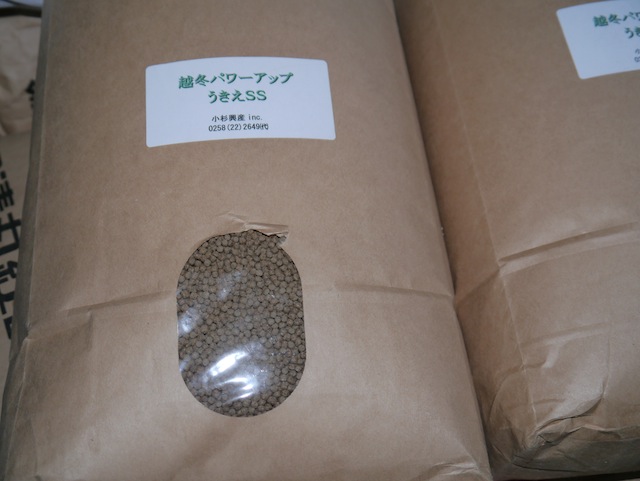 The food he uses is no different to the budget-priced food that’s commonly used by many breeders in the area.

I asked Fujio if he had a large enough customer base to sell all his Koi to after producing them and he mentioned that his customers some years ago were all based in Europe and the USA but now he has new customers from many other parts of the world including South East Asia.

Every Koi house has footbaths to walk through before entering with signs such as this. 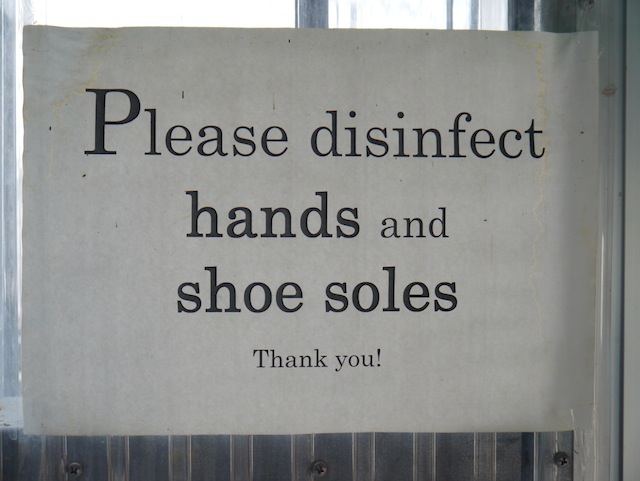 There are similar ones at most breeders in the area. I asked Fujio the significance of these and he mentioned that he felt it important to be aware of the possibility of disease transmission from other buildings.

‘Are you saying that this liquid can destroy a virus that may be on one’s shoes Fujio’? I asked.

‘No, Peter san of course not’ he replied.

‘Presumably you dissolve some of the disinfectant into water before filling the baths, do you know the concentrations Fujio’?

‘Well what’s the point of it all then, or is it simply to show visitors that you are being careful’?

‘Yes it is, especially with the past problems of KHV’.

‘When was the last time you saw or heard about an outbreak of KHV in this area Fujio’?

‘I never witnessed it Peter san but heard there was a new outbreak around two years ago. I have never heard it mentioned since then though’.

I mentioned that on my previous visits, this time of the year would see the mountains alive with overseas Koi dealers and collectors but on this visit I did not see anywhere near the same numbers.

He confessed that his autumn sales were currently 10% down on last years at this moment but expected many more to visit before the end of November.

‘What are your thoughts on fewer visitors coming to the area today than they were before Fujio’?

‘Well, the biggest problem is the exchange rate that visiting buyers have to face today, it’s a big problem for them and also for Koi breeders like us, surely this is a big concern for you Peter san’?

‘Of course it is Fujio, do you think the world recession also plays a part’?

‘Not so much as the exchange rate Peter san’.

‘OK Fujio, let me put another question to you. Do you still see anywhere near as many wealthy collectors coming along to find and buy special individual Koi at prices from one million to ten million yen each like the many wealthy customers who came here with me from 1998 to 2003’?

‘No Peter san, this is true although some of these special Koi now are bought by collectors from South East Asia’.

‘Why do you think this is Fujio, very wealthy collectors will not really be that concerned with world recession and exchange rates will they’?

‘Do you have thoughts on this Peter san’?

‘Yes I do Fujio but first may I ask if the top Japanese collectors still continue to leave their very best show Koi with the breeders they bought them from instead of keeping them in their own ponds’?

‘Yes of course they do, this hasn’t changed as far as I’m aware’.

‘Do the Koi bred here and those that are left here by the collectors produce traces of hikui and shimi Fujio’?

‘No, not that I’m aware of, certainly ours do not’!

‘Well Fujio, I have visited many ponds owned by Japanese enthusiasts and many overseas enthusiasts over many years and many of their Koi are covered in hikui and shimi which really makes them almost worthless’.

‘Ah yes, on a visit to England I visited a pond where there was much hikui on most of the Go Sanke. The owner told me he never changed any water like we do, he said his filter system did not need water changes; I tried to suggest he should make some water changes’.

I paused and Fujio looked at me.

‘Peter san, are you saying that hikui and shimi are the main reasons why many wealthy collectors no longer buy expensive Koi’?

‘I am saying exactly that Fujio!

Now, here’s another important question Fujio – what are your reasons as to why the breeders here do not produce shimi and hikui and yet the ponds owned by the collectors do?

Incidentally, I have never seen hikui and shimi in ponds that have been running for less than 30 months’.

‘I don’t really know Peter san so I can’t comment especially since most of the collectors in Japan use ponds and filters almost the same as the breeders use’.

‘Yes Fujio they do but there is a difference, a very big difference. The collectors have to run their ponds for many years but once you place your Koi into the field ponds all your indoor systems are cleaned and even sterilised. If the truth is known, the breeders have no experience in keeping Koi in a re-circulating system that’s more than nine months old’!

I’m almost sure I heard a penny drop somewhere in that room……………? 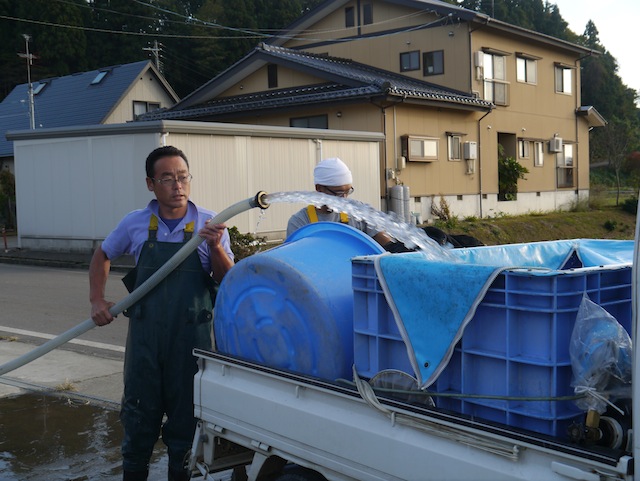 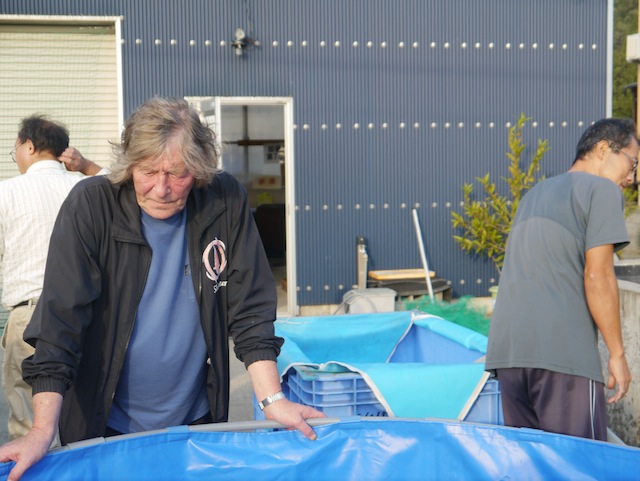 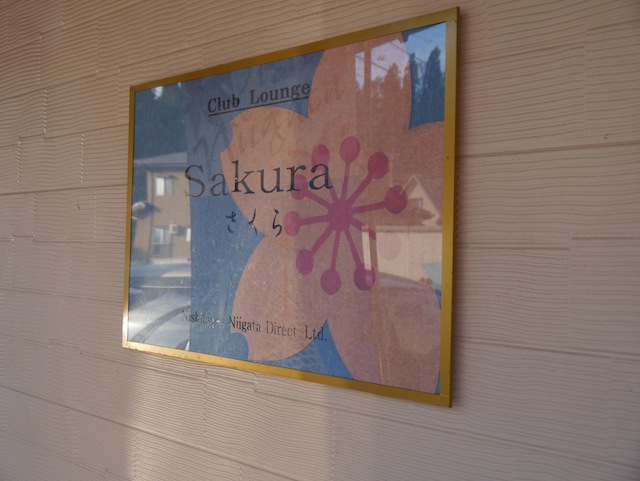 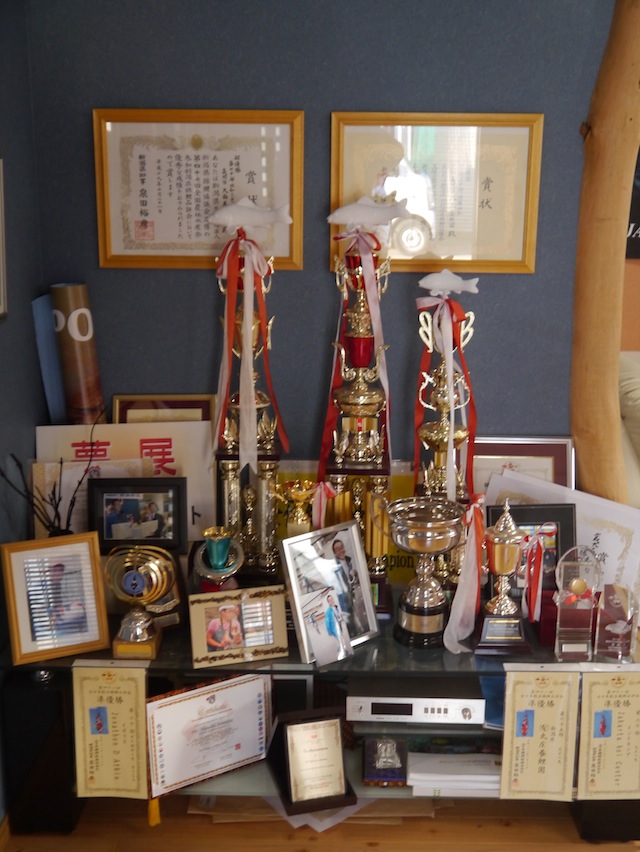 Believe me, NND is WELL worth a visit! 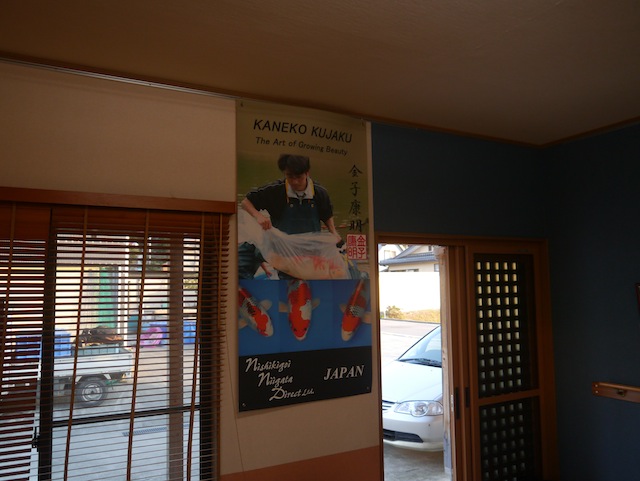