Mark Gardner has commented recently, and accurately, about the incredible importance that rice farming in the Yamakoshi Mountains played – with regards to initially, the food fish industry, and also the Nishikigoi industry that took place many years later.

The surface geography of Yamakoshi even today is not the most ideal of places to grow rice – now please consider how this looked in the late 1800’s, in the days it was referred to as ‘Nijimura’.

True, there were 20 small villages in the area that were inhabited by village serfs under the command of the landowning Samurai classes. These serfs were instructed to grow and tend root vegetables and were also commanded to terrace the mountainsides into small, flat areas where rice could be farmed.

In return they were allowed to live in the wattle and daub homes provided by their landlords and also allowed to eat some of the crops they produced.

In the summers here, temperatures were almost tropical, much condensation produced severe water loss and this is when the irrigation of these small rice paddies came to be a problem.

In order to overcome this problem, the villagers were instructed to construct water storage reservoirs at the very top of the mountain. Throughout the winters, these reservoirs filled with rain and snow water and by spring were full to the brim.

Wooden ‘Gate Devices’ were fitted to the reservoirs and the rice paddies as a simple but effective way of controlling water flow to the rice crops. Similar ancient devices were known in Europe as ‘Monks’.

It’s important to mention that the villagers did not take instructions from their landlords without complaints in return. As a result there were many serious battles fought between the villagers and landlords where many lives were lost but, as expected, the Samurai landowners always came out on top.

Even today, rice is not only a staple diet for the Japanese people, it is also a delicacy. Rice is produced in all parts of Japan but ask a traditional Japanese person as to where the very best rice is farmed and the reply will always be ‘Niigata’.

Given the choice, those Japanese folks living in Hiroshima would gladly pay more for Niigata rice rather than the rice grown locally. As a result, and for many years now, rice crops grown in all parts of Japan are sent to a central distribution complex and then sent out simply as ‘Japanese Rice’.

No matter, the Japanese people can still easily taste the difference between Niigata rice and rice produced in other areas, and if you happen to live in Niigata it is simple to purchase locally farmed rice – all year round.

It is said that this unique and glutinous taste (unlike rice produced outside of Japan) comes from the minerals within the clay soils found in the area where Niigata rice is produced.

Now, returning back to the winters of the1800’s – even with a proliferation of assorted root vegetables and excellent rice production there was no ‘meat protein’ available to supplement this.

The mountain areas could not support cattle, pigs or sheep for more than a few short months because of the severity of the winters and long hikes made to the nearest seaport would not allow return transportation without the fish deteriorating almost completely in return transit.

The actual date will continue to remain unknown because no records were made back then, however, in the early 1800’s it is accepted that’s when someone suggested that carp could be grown in these mountain-top reservoirs through the summer months only.

Why carp and why not any other species of fish?

It’s true; there were no carp in Japan at the time, so they had to be imported from overseas. However, carp were/are a true ‘temperate species’ of fish, said to be easy to farm and grow their offspring – especially in high water temperatures, and they were also said to be very palatable as a food species.

It was soon discovered that these wild black carp (Magoi) could not even begin to cope with the long winters in Yamakoshi although it was simple to grow fry to 3” long during the warm summer periods.

Many fry growing in the mountain top reservoirs were also released into the rice paddies below when new water was required for the rice crops. However the shallow rice paddies made these fry easy pickings for the cats, raccoons and birds.

The carp farmers knew it made perfect sense to protect the reservoirs from herons, shrikes plus egrets and once again rice came to the rescue when they discovered that the discarded straw could be used to make very strong string. 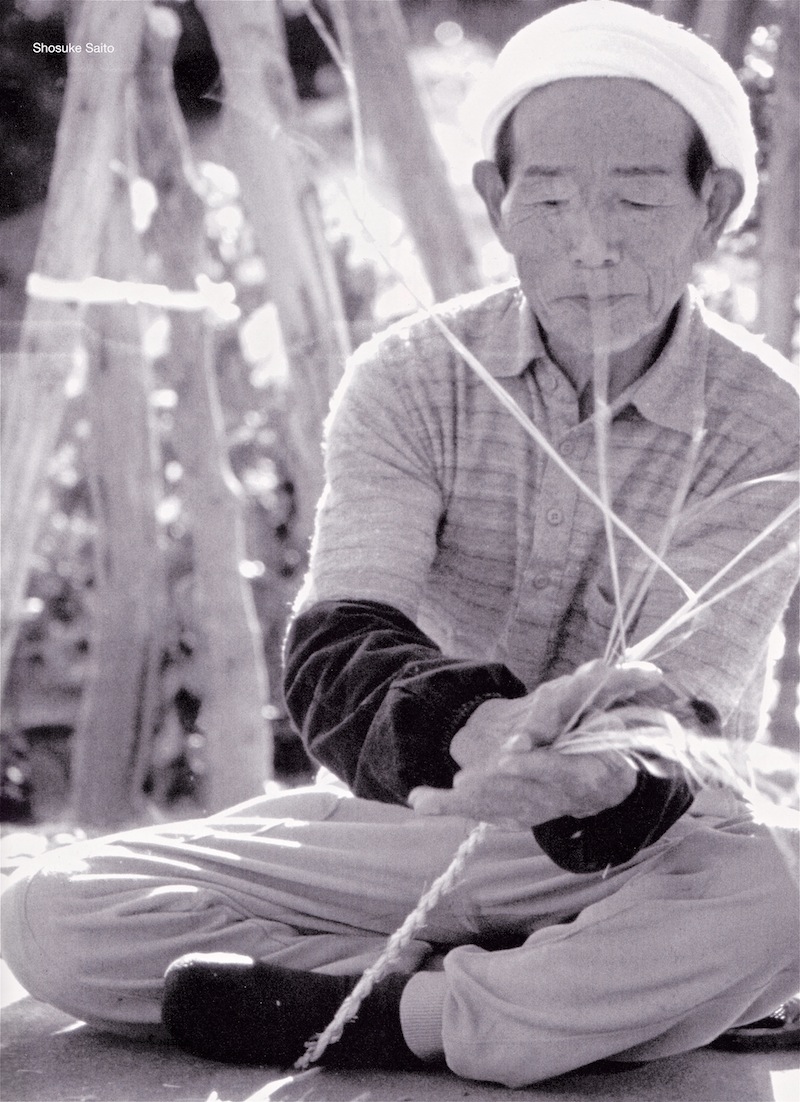 These strings were used on the reservoirs long before expensive nylon fishing line became available, the winter nights were taken up with wives and children making up these lines from the straw, together with snow shoes, clothing and winter boots. 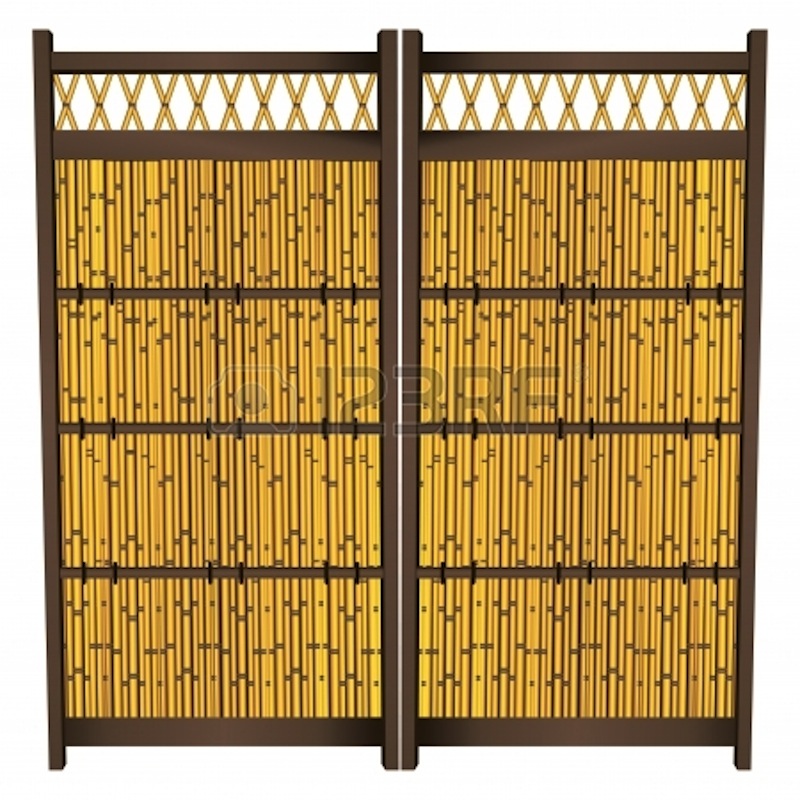 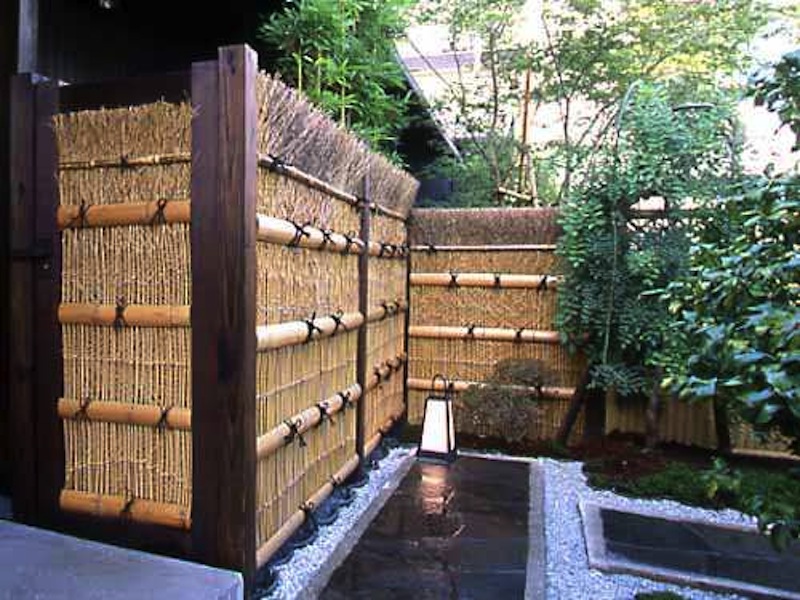 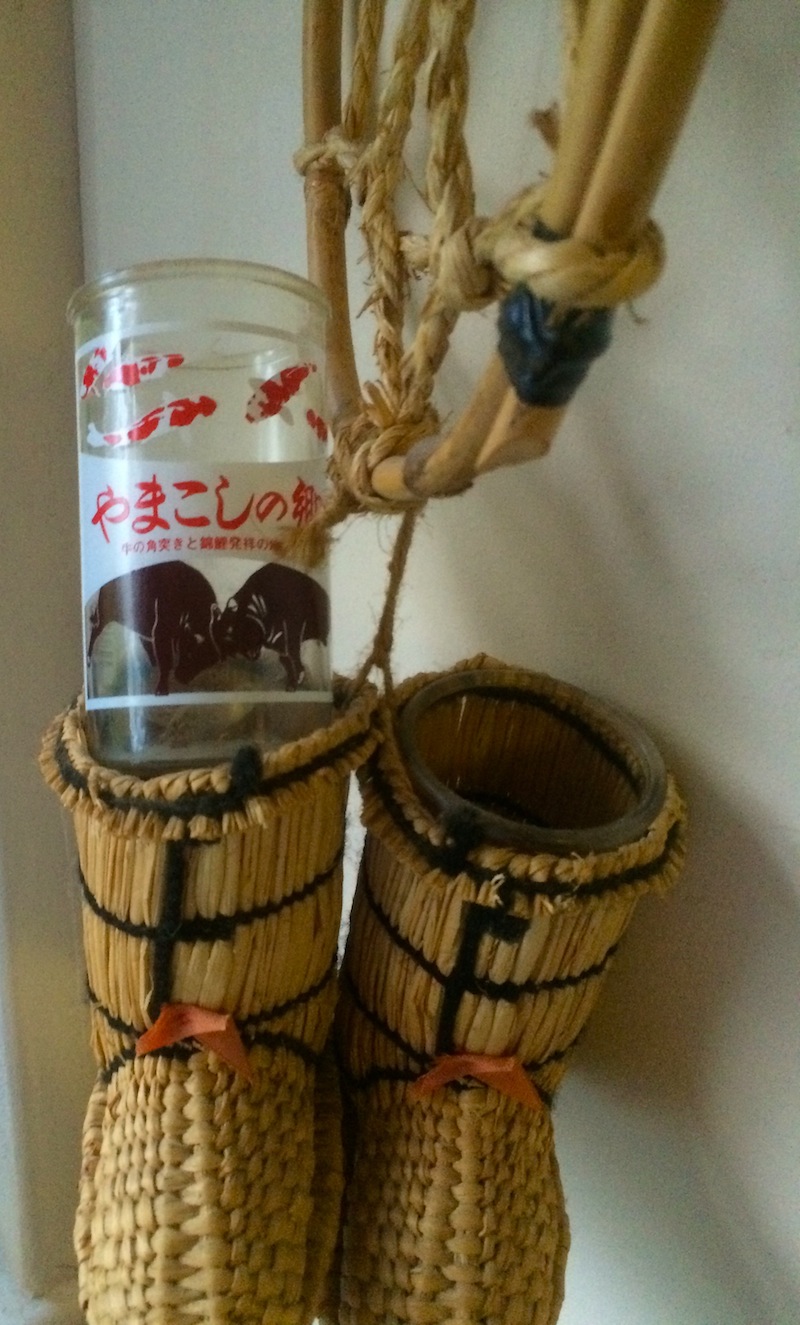 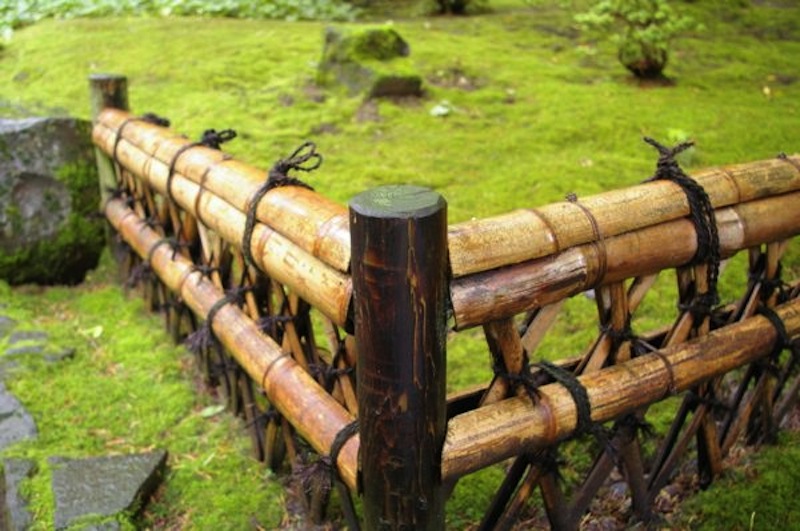 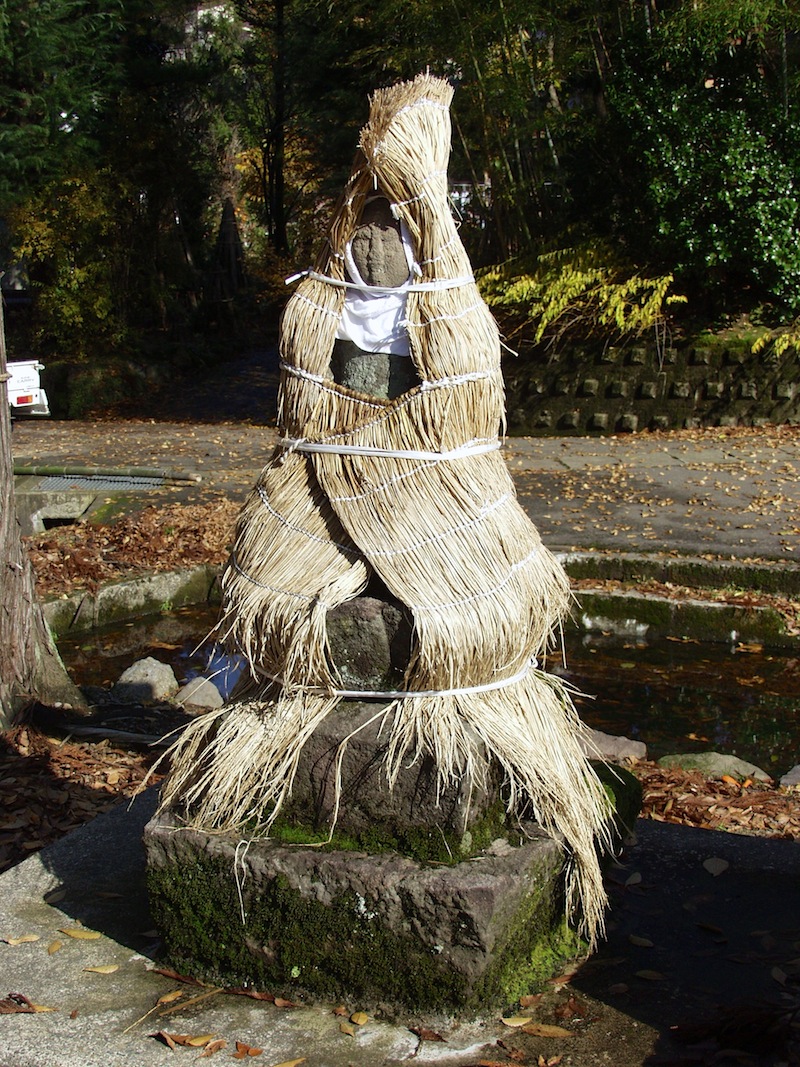 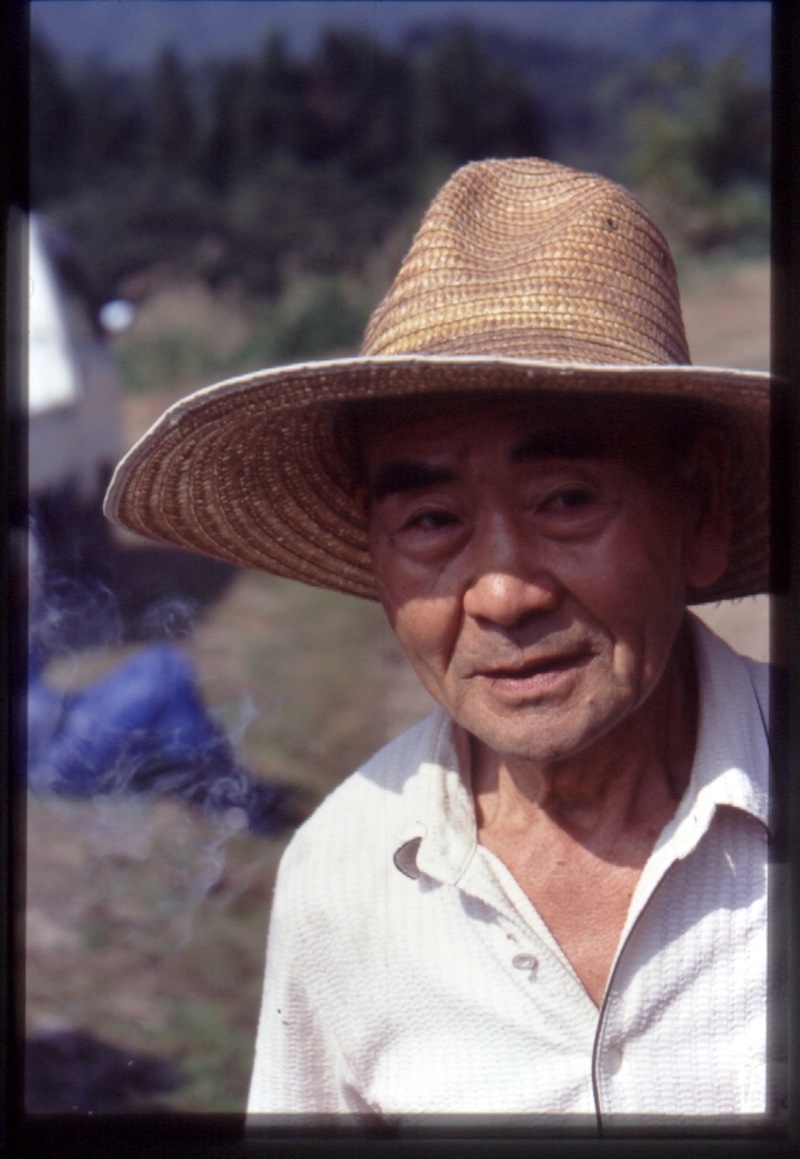 After the autumn harvest had been completed, these small carp were preserved in salt and then packed for eating throughout the winter.

Even today in Japan these small carp can still be bought for the table although these are now preserved in oil and vacuum packed in plastic to maintain freshness.

By the time the 1900’s came around there were many farmers producing carp for the table and some had managed to keep their parent stocks alive to be used for breeding once more – although this wasn’t the simplest of things to achieve.

Some farmers excavated ‘ponds’ in the living room of their own houses to keep the parent stocks relatively warm, knowing full well they had no water supplies or electricity. In order to maintain decent oxygen levels, members of the family would splash pond water on the pond surface with cups and pans.

Others used metal blocks with handles to heat small bodies of pond water, these metal blocks were heated inside a log fire until they had absorbed as much heat as possible and were then (very carefully) removed to be placed into the pond and diffuse the heat inside them.

Several Koi farmers today keep these metal heaters to remind themselves it was not always so easy!

Having said this, the majority of carp breeders lost some of their parent stocks during the winter but replacement parent stocks could be purchased quite cheaply in the following spring.

Using replacement parent stocks together with some of their own parent stocks presented no problems to the breeders who were just farming small black carp for food and the vast majority of fry produced were exactly what they needed.

However, and this was not discovered until many years later, that ‘Cyprinus Carpio’ (the Latin term for Carp) are not just a single species of fish – in fact there are many different strains of carp that can be found in many different parts of the world.

As would be expected, using mixed parentage would produce mixed results in the offspring and soon some of the traditional black fry started to display a few coloured scales here and there.

Again, records were never kept as to when these first coloured scales were seen on the fry and we should bear in mind that, initially, they were a very rare occurrence.

‘Irogoi’ (coloured carp) varieties of Asagi, Bekko and some ‘Sarasa’ (Kohaku) were witnessed’.

There were no further entries made in the village office records file until 31 years later, in 1874 where it was recorded that ‘some local farmers had sold Sarasa, Asagi and Ki Utsuri to other farmers for 50yen each’ – 50yen in those days was a small fortune!

By the time the early 1900’s arrived, the carp breeders of Yamakoshi were reaching overproduction levels of small carp for the table.

Thankfully the fish merchants, living in the most populated parts of Japan, knew of these (cheap) fish and visited Yamakoshi (with great difficulty) to make purchases of these packaged and salted carp.

Yes, many of these new age ‘fishmongers’ had witnessed the ‘coloured carp’ produced by the farmers but transporting them down to the big cities alive was almost impossible.

The first time the Japanese people (other than those local to Yamakoshi) actually saw coloured carp was in 1914 at the Tokyo Taisho exhibition where they put on view various items of display from all areas of Japan.

Niigata decided it would be coloured carp they would display and they did, but to get them from Yamakoshi to Tokyo by train was a mammoth task. The few that remained alive after the close of the show were placed in the moat that surrounded the Emperor’s Palace in Tokyo.

At the time of writing this article, the Tokyo Taisho exhibition only took place 100 years ago when a small percentage of the population saw them. Many still believe that Koi have been around for many Centuries and are a part of Japan’s history but this is simply not true.

By the time World War Two came around there were still only a few breeders who kept these coloured carp as pets together with a few wealthy individuals living close by, in their garden ponds.

The Japanese men folk dropped everything in order to defend their country, leaving all other members of their families to find food for sustenance.

Not only were there no coloured carp in the area, I’m told there were no carp at ALL when some of the men folk returned.

Of course when things settled down, carp farming and coloured carp farming re-started in Yamakoshi and so it’s true to say that ‘coloured carp’ have only been around since 1947 approximately?

And that’s only a period of 67 years.

Yes, these coloured carp were produced from 1947 in and around Yamakoshi – but what real use was that if they could not be readily transported to the big cities and sold?

In 1962, the first vinyl bags were produced and, together with liquid oxygen, the coloured carp could be transported safely and later offered for sale.

In my book ‘Koi2Kichi’ I described the entire tale as – ‘From Mistake to Mystique’ and that’s exactly what it was – a comedy of errors.

But to return to the subject of these texts –

Had there not been a need for rice in Yamakoshi,

Then there would have been no need to terrace the mountainsides.

And there would also have been no need to excavate the mountaintops into water reservoirs.

But since the reservoirs were there anyway, it was decided to grow carp in them for food.

And later from these, came black carp (magoi) with a few coloured scales.

Much later, and after many name changes had been made – simply through RICE for food purposes – along came NISHIKIGOI! 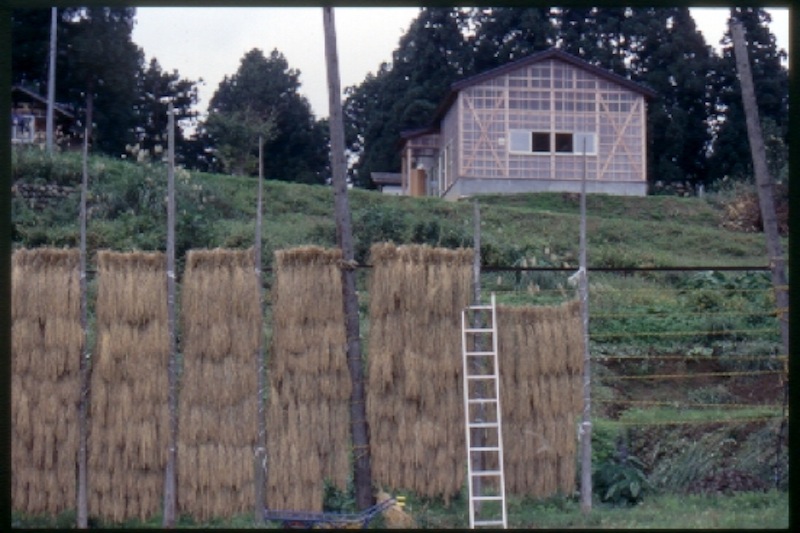 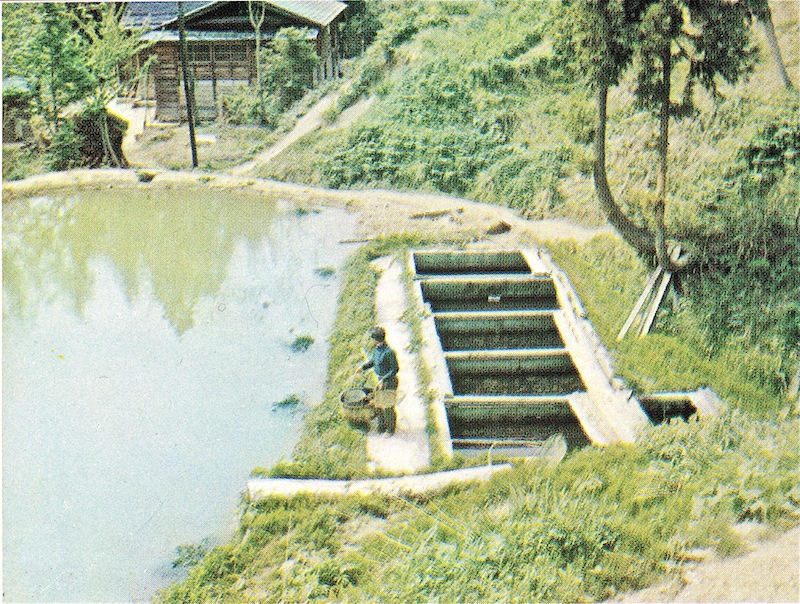