On a return visit to Dainichi to find there was no-one about, I decided to take a walk around Iwamagi.

Apart from the famous breeders there were many smaller breeders hidden away behind houses and there were no signs that identified them.

On an earlier visit, as we were driving through the village, Megumi pointed out to me a breeder’s house and said ‘That breeder taught Minoru Mano much about breeding Kohaku’.

I found the house again and decided to walk in. There were five square ponds, each around 3 metres and access was difficult and by way of planks. The headroom was also low in places where I had to crouch. The light inside the building was poor. No-one came out to see me so I just studied the Koi instead.

There were some very delicate Kohaku there, most of them were sansai and appeared to be very high quality. I wanted to inspect these closer but could not get an answer after I went to the dwelling house.

After three or so further visits I finally found the owner, Mr. Hiroshi Mano who turned out to be very welcoming. He took time with me and showed me several of his tategoi and pointed out their better points.

Instead he just said – ‘Tamuraya Kohaku’.

My first impressions – ‘decades of tradition’. 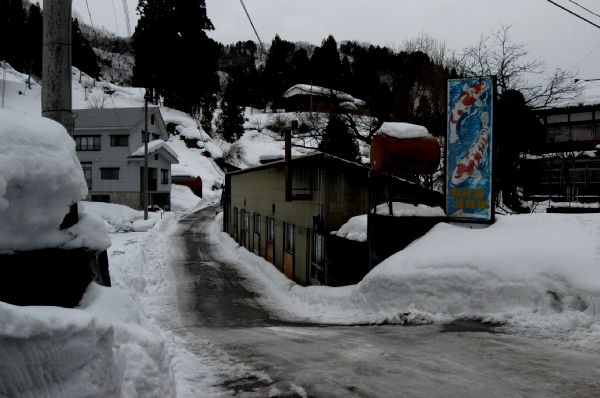