In Mushigame village – I also did not know either the name of the farm nor the village until I returned again on later visits.

There were a few concrete ponds right on the roadside which have since been taken over some 10 years ago by Mr. Iwashita who has built a small Koi house above them.

There was a track leading from the house downhill to a large indoor Koi house made from timber with plastic cladding. Upon entering this building there were about four ponds containing some superb small Koi in many varieties and plastic curtains were draped around the ponds where whisps of steam could be seen.

I later realised that this could have been the first time I had witnessed any form of pond water heating techniques.

One of these ponds contained only small Showa and some were magnificent as I studied them closely. Soon an elderly man with a very kind face came into the building and was introduced to me as Mr. Tanaka, he just stood there watching his Koi – it was probably the first time he had seen a foreigner in his life.

Through my interpreter I eventually purchased a ‘box’ of these wonderful Showa from him after the man tried to explain to me through the interpreter my very first lesson in tategoi which sadly went right over both my head and the head of the interpreter.

I have told this tale before but, in a nutshell, the ones I selected all turned out to be good whilst ‘the two very insipid ones’ he selected for me (and told me not to sell for at least two more years) turned out to be exquisite! Today his son Shigeo runs the farm.

My first impressions were feelings of ‘subdued honesty’. 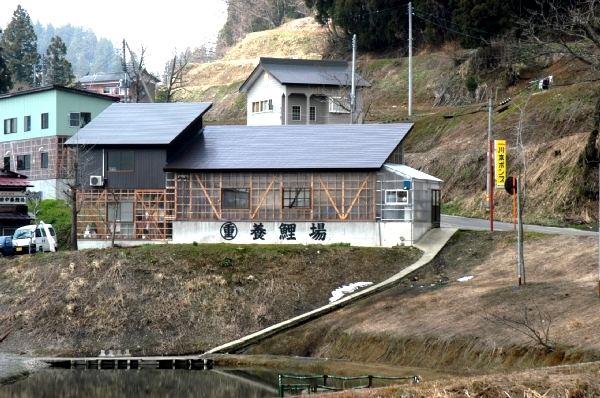