A series of huge, long, outdoor concrete ponds, perhaps six in total, right next to the main road, full of aerated water and criss-crossed with broad wooden planks. These ponds appeared to be brand new and men were loading truckload after truckload of large, wonderful Kohaku and Sanke into these ponds.

There was a wooden building next to the ponds which housed two more concrete ponds containing superb small 4” to 5” Kohaku – thousands of them in very heavily-aerated water! I rushed to get our lady interpreter to ask someone as to the price of these specimens (I was desperate to purchase – wait for it – ‘a box’).

Eventually a man came over after finishing off-loading the larger Koi and the interpreter asked him the price of these small Koi. After a short period of deliberation he asked the interpreter quite simply – ‘Which one?’. I was, for once, absolutely speechless, thousands of wonderful Kohaku were there before me – (well, the reds were red and the whites were white) – and everything that the book said they should be. And all the man could say was ‘Which One?’!!!!

My first impressions here were – ‘The man’s taking the piss’!

I returned two years later to find that all the ponds had been covered by a huge steel building clad in metre after metre of glass. Soon afterwards someone advised me that owner was Mr. Minoru Mano – the outlet was named ‘Dainichi’! 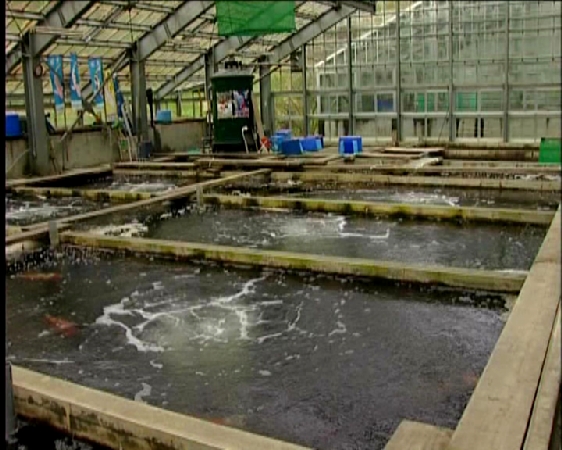