My first of hundreds of visits to this outlet.

Back then he lived in a small house in a neighbourhood of Ojiya City which has no display signs of Nishikigoi at all. His largest pond was the only one he had under cover and it was quite long and wide but could no have been more than two feet deep. There were other very small out door concrete tanks and an ornamental outdoor garden pond landscaped with large rocks.

Apart from having 95% Kohaku of all ages the only other variety was ‘Cream Ogon’ – a variety I had never seen before.

Stocking rates were incredibly high and netting a Koi had to be carried out very carefully in order not to damage any other Koi.

Everything on his land was incredibly tidy – a place for everything including a vast array of potted plants.

His wife is a lovely human being as is Mitsuo, they are very friendly but very private. Mitsuo Hasegawa has never become a member of any Koi breeder’s associations and I was the very first foreigner ever to have visited him.

I bought many Koi from him on that first visit and he proudly explained that he had two different lines of Oyagoi for his Kohaku production namely Tomoin and Manzo. He has taught me so much about Nishikigoi over the years. I think I could write a book just on this outlet.

My first impressions were of ‘total honesty’. 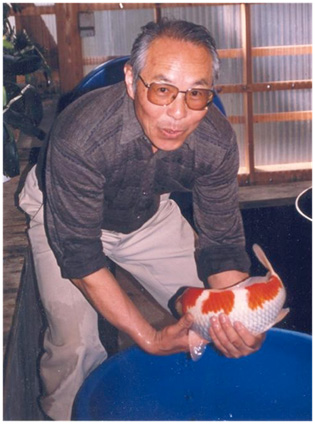 Taken in 2001, this wonderful sansai Kohaku was given to me by Mr. Hasegawa to donate to the BKKS to help raise funds and was bought at auction by Ian Stewardson 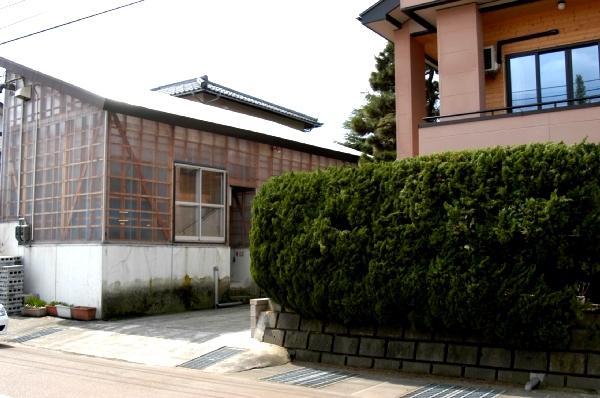