In Iwamagi village – although I did not know this at the time.

This was an enormous and long, old wooden building which seemed to have withstood the ravages of time for many years. The building protected all the ponds within it on three sides only whilst the remaining long wall was fully open to the weather.

I think that this was where I beheld my very first true, jumbo Koi in my life – and there were easily 200 before me – in many varieties and all were true GIANTS!

Our interpreter explained that this was the very first Koi farm in the world and that it was founded just after WW2 in 1947. An elderly man provided this information and also that his farm was famous throughout Japan for producing true jumbo Koi. His name was Mr. Ichiro Mano, sadly no longer with us.

I gazed for an age at the submarines lazily swimming before me marvelled as to how they could possibly achieve that size – perhaps some exceeded 70cms – only tiny by today’s standards!

It was to be some years later before I realised just how important this outlet has been in promoting Nishikigoi to all parts of Japan and later to other countries abroad. It is also hinted that this outlet may well be the wealthiest in the world where incredible amounts of cash have passed through here over several decades.

My first impressions here were those of ‘dark and complete mystery’. 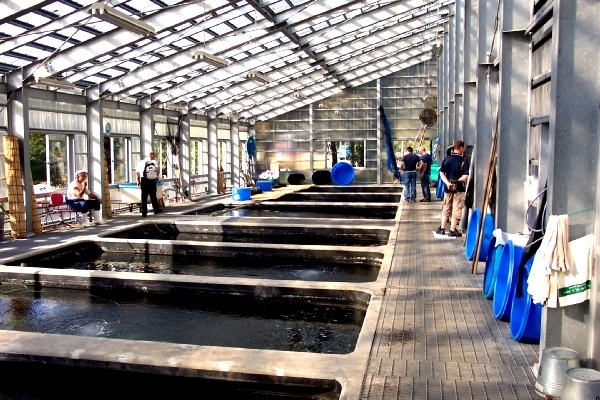