Several emails have come to me recently regarding this subject and some are of the opinion that this is ‘cheating’ or cruel whilst others refuse to believe it takes place at all.

The first time I actually witnessed this being carried out was in Hiroshima in spring 1983 and have watched it take place on countless occasions since when the breeders do carry out cosmetic surgery on some of their tosai.

However, please don’t point the finger at the breeders; it’s the collectors who are to blame for all of this.

Many years ago it was the collectors who first said –

‘We don’t want Koi with deformities’.

‘Lesser varieties should be cheaper than Go-Sanke’.

‘Beni should not fall on the dorsal fin’.

‘Loose areas of beni are not desirable’.

‘Menkaburi patterns are not attractive’.

‘Beni should not fall on the eyes’.

And many other similar statements, although we have all seen shots of All-Japan champions with beni on the dorsal, beni on the pectorals and several that have had beni over one eye.

The collectors set these ‘rules’ originally, the breeders merely listened and the very clever breeders obliged – hence the start of cosmetic surgery.

There are still a tiny minority of breeders who refuse to ‘interfere’ with their production but, as far as Go-Sanke tategoi are concerned I’d have a guess that 85% to 90% of the ones you see on the photos have been ‘tweaked’ when they were tosai.

As to the vast majority of Japanese Go-Sanke seen for sale throughout Europe today, don’t worry, they have not been ‘tweaked’ – a breeder doesn’t waste his time and energy with those Koi that have very little end value to him.

It’s also worth pointing out that in terms of ‘numbers’ of Japanese Koi produced and sold, only 0.5% to 1% have been ‘tweaked’ – if that.

Incidentally, this rarely is carried out on Koi older than tosai.

In the overall picture it’s really not that big a thing to consider when there are untold millions that end up like this. 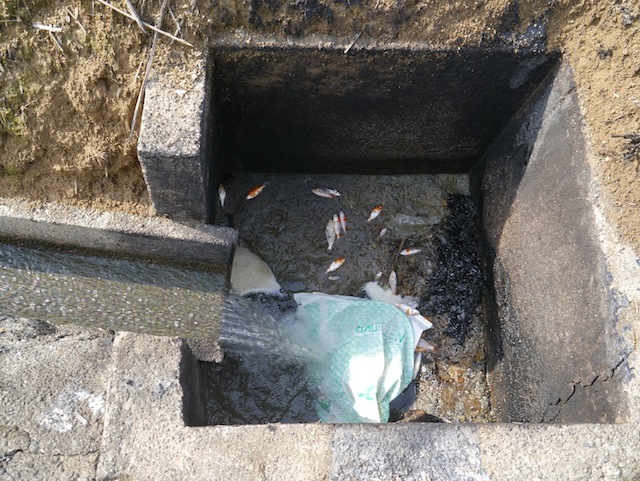 It is interesting studying some Go-Sanke tosai tategoi just before they are placed in the field ponds for the second year.

In ’99 I persuaded Toshio to let me buy a few (not cheap) and bring them home to show customers the truth of it all.

Each and every one had a gaping hole right through one of the gills where unwanted beni had been removed with this stuff. 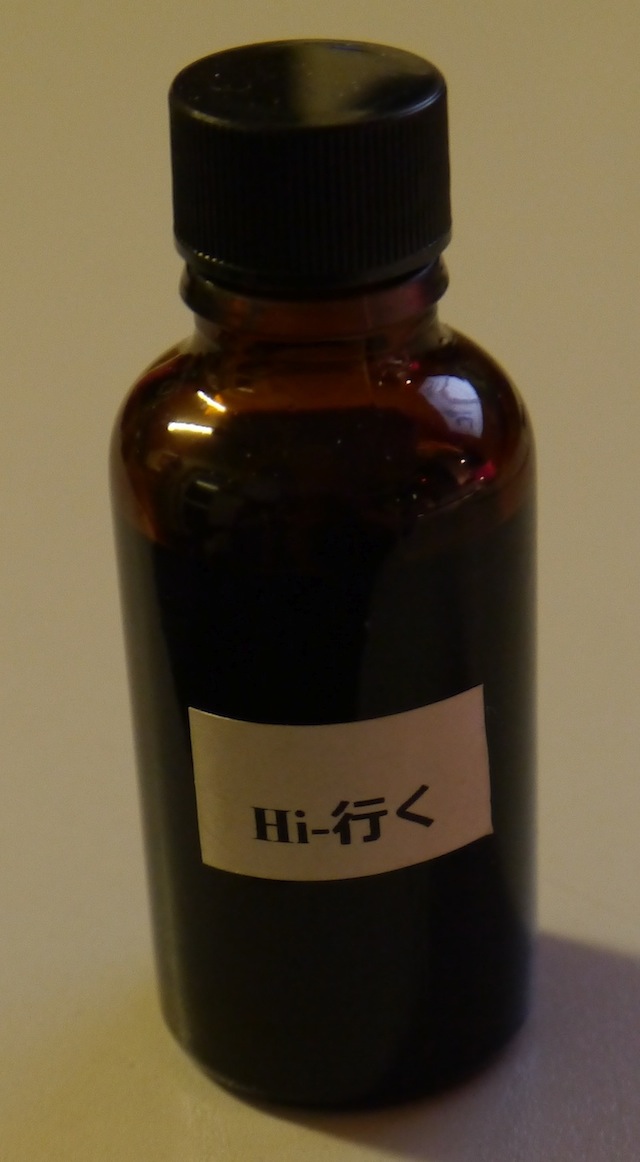 Some wounds were even infected with algae.

Of course, the breeders know, that by the time the harvests come around, that 95% will show no signs of any past damage because everything will have regenerated in the warm water by then – everything except the ‘loose’ beni that is.

I think I brought ten of these back to the UK and placed them in a separate pond – even the guys who worked with me were horrified and some customers believed they had been infected with an unknown ‘gill worm’ that would transmit to the other Koi.

It was only after explaining to my guys and others that these ‘damages’ were really perfect trademarks and absolute guarantees that the Koi themselves were valuable and thus ‘costly’ – that it did eventually register with some.

Some days later, four guys came in from the south coast and paid my asking price for all of them. They said they had a large portable swimming pool set up with good aeration and a constant trickle of water going in.

The Koi were placed in the pond and the water turned pea green; water readings were monitored closely as the feeding rates were high.

In autumn one of the guys rang to say that one Koi’s gill was so badly damaged they had to put it to sleep but the other nine were absolutely perfect and also very beautiful.

I’ll mention one more thing, all these modifications are made to enhance the pattern – not the ‘body’, the ‘skin’ or the ‘pigmentation’ and still the majority of Koi judges are taught that ‘pattern’ is not important?

No one seems to be horrified with boob jobs, lip jobs, nose jobs, tummy tucks – don’t even mention tattoos to me please.

Even Bobby Dylan reckons he still can’t tell a real blonde from a fake!