Means one million yen in Japanese. I had heard this price being bandied around for some Koi on my first solo visit to Yamakoshi in ’79. I heard it more in ’81 and even more often in ’82; were there really people who would pay this price for one Koi? From whispers I’d heard around the mountainside, apparently there were – and more than just one or two.

The late Hiroshi Kawakami (Torazo) first took me to Izumiya in ’82 where I met the late Ichiro Mano for the very first time. Apart from being a person who had the proven ability to see the future of Nishikigoi way before most others, Ichiro was 150% ‘old school’ whereby business had to be carried out with integrity and formality. As a result, all conversations were carried out between Ichiro & Hiroshi despite the fact that it was I who needed to make the purchases. On that first visit, I looked at the size of the Koi on display and wondered if I knew of any pond back home that would be big enough to hold even one. I did not make a single purchase on that visit but, after seeing the enormous size of the set-up and the face of a man who obviously knew more about Nishikigoi than anyone I’d ever met before, made a mental note to return on a later visit. In later years I learned more and more about how important this particular outlet had been a major force in turning a rice farmer’s hobby into a world business beyond the wildest of possible imaginations.

I went back alone to Izumiya in ’83 just after the autumn harvests, on that day my agent was otherwise engaged and so I’d taken a local train to Ojiya station and a taxi to Uragara village. There were people assisting with off-loading newly harvested Koi and placing them in various ponds under the instructions of Ichiro and another, younger guy who I later learned was his son Seniichi. As certain Koi were placed in some ponds the words ‘Hyaku man’ would be heard again although some were ‘replied’ to by Ichiro with a shake of the head and both hands raised above him. Doubtless he thought they were more valuable than that. I just looked on in amazement as the Koi followed on into the ponds in a seemingly endless chain. Although I was seeing these with my own eyes it was hard to believe the size of some of these creatures. The largest size group class at the BKKS National show in those days was ‘Over 24”’ – we did not use foreign measures back then, however, to see a Koi in the UK that was in this class was almost unheard of. If it was, it would most likely be Yamabuki – no Chagoi in those times. 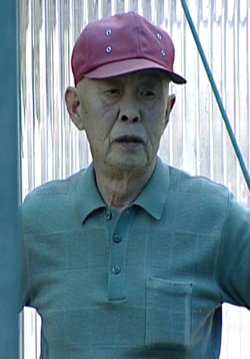 I waited until things became quieter and had found a few Koi I was thinking of buying. I walked over to the man and pointed a pond where there were some I’d seen. In truth, I wished him to follow me to the pond and point out some Koi to ask prices. Instead Ichiro just stood there and looked at me, he then turned to the younger guy and started talking to him whilst shaking his head. The younger guy then looked at me and asked ‘Torazo?’- I gave a puzzled look back and stood there. The young guy disappeared into the house after holding up his hands to ask me to wait and then came back out a few minutes later still beckoning me to wait. Ten minutes later Hiroshi Kawakami appeared beaming as usual. He looked at me and pointed at the ponds, I took him around and pointed out some Koi, which were immediately caught for me to look at more closely. Hiroshi asked the prices to Ichiro and related them to me; I bought some and rejected some others. After this we all went into the dwelling house and I paid for my purchases – it was all very simple!

But this would not have been possible had I not returned with the same man who had introduced me to Izumiya one year before. Obviously Hiroshi would have received some commission from Ichiro but I was happy with my prices and so that was that. Even more important was that I had made a purchase from this Koi farm and now was a genuine customer of sorts. We took tea and snacks and I mentioned I was also looking for one special Koi to take Supreme Champion award at the next BKKS National show and held my hands apart to denote a size of over 26”.

It was then I heard the words ‘Hyaku man’ being bandied again in the conversation!

I knew the meaning even then and tried to look as composed as I could possibly have done in order to show the words did not frighten me in the least. We later went to the sheltered indoor ponds where his larger Koi were on display and I started to look at each one.

To cut the story short, I returned with Hiroshi for two more days before finally settling on one Koi from those ponds after being given the price of, yes, you guessed…

The Koi in question was male and measured 29” exactly – it was a GIANT! It was also a Gin Rin Kohaku – way before Go-Sanke importance had reached the UK, even the 1982 Supreme Champion had been a Yamabuki Ogon!

Apart from the incredible size of the Koi itself, I selected it because the red pigment was the reddest of reds I had ever seen. The judges of the day would do handstands after just one glimpse of this sheer intensity of pigment.

Whilst I knew there was no other foreigner actually visiting Japan to buy Koi and, even if there was, few would even consider paying such a price – especially if he had no end customer in sight, I desperately tried to stop my hands shaking as I paid the money for the Koi.

No foreigner had ever dreamed of paying this price for just one Koi before, it was truly unthinkable.

One thing I did know was that no one in the UK could ever believe such a Koi existed in the flesh and that Koi was worth ten years of magazine advertising alone to me. There was nothing in the UK that could even come near my Gin Rin Kohaku, there wasn’t even a contest.

But that’s without the best laid plans of mice and Waddy!

Days before the Gin Rin Kohaku arrived; I’d prepared a 5,000-gallon pond at the back of my building, which had no access from the main building. My staff and myself had to get to it under the eaves of one side and it meant bending low to get to the pond. There were only three Koi in the pond and the Gin Rin Kohaku was to go into this system.

The Koi arrived at 2.00am one day and there were dealers from the North of England awaiting the new shipment. Whilst they were inspecting the new arrivals, three of us carried the vinyl bag with the Koi into the secret pond. We released her and just stood there, marvelling at something the UK Koi fraternity could ever begin to consider existed.

The Gin Rin Kohaku did not travel well and, after three days, I knew I would lose him. There was not a mark on the body but it just was not active and despite the hundreds of times I’d sneak over to see it, it was always fixed to the base of the pond and only moved if a net was placed nearby.

Eight days later we dug a grave for him under a beautiful beech tree just outside the building and covered the ground with gravel after burial.

Of course it was not worth even mentioning this to my Japanese agent and so I didn’t. The shipping back then involved packing the Koi at the breeder’s farm and sending it overnight to my agent’s premises; the Koi were then rested in portable ponds by the agent and then re-packed for transportation to the airport nearby. The air journey started at Narita airport and took the northern route to Anchorage, Alaska where we stayed in the airport lounge for some two to three hours for re-fuelling. The journey then continued to Heathrow where we had to wait for custom’s clearance and then drive the Koi back, in their cartons, to our base in Cheshire. On a good day the air flight alone was nineteen hours. It was after this loss I ordered zip-top oxygen containers from Japan in order to be able to place the newly arrived Koi into these at Heathrow and give the Koi new water for the last leg of their journey. Over the years, these containers saved many of my Koi coming into the UK.

Although my Koi took Supreme Awards in both Open and Dealer Classes at the 1984 BKKS National show, I could never stop thinking of the uproar the Gin Rin Kohaku would have produced had he been entered.

In 1983 that was a King’s ransom even to a Koi person; to non-Koi people this was stupidity beyond any understanding at all.

Since those days other prices have made this price appear to be positively budget-priced.

‘Issen man’ – ‘Sansen man’ – ‘Gosen man’ and even higher have been bandied about since then and I have purchased one or two over the years!

‘Hyaku man?’ – pure chicken feed, today that may get you a good nissai tategoi!

Although Seniichi never knew of this acute loss of mine at the time, he still refers to me to this day as ‘Mr. Peter, the Pioneer’! 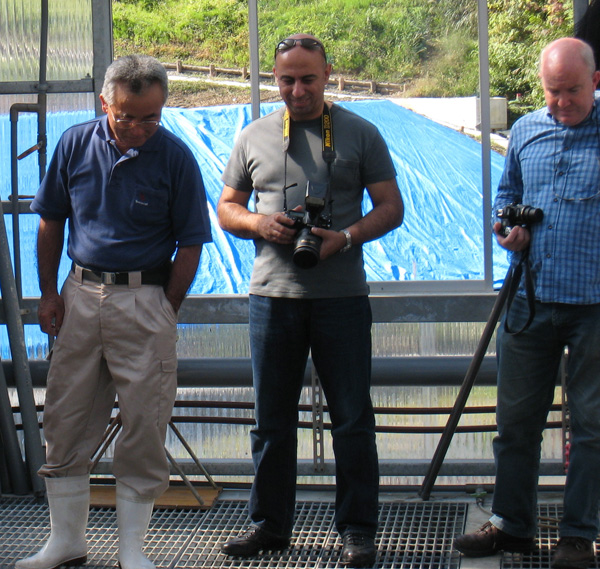